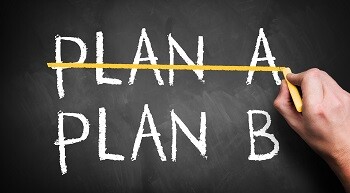 The right to adequate housing does not require the State to build housing for the entire population, rather it intends to deliver affordable homes through the collaborative efforts of the Local Authorities (LAs), Approved Housing Bodies (AHBs) and the private sector.

State support for housing in Ireland has undergone some dramatic changes in recent decades. The traditional ‘twin pillars’ of housing policy included home ownership combined with the provision of social housing through the local authority system for those who could not afford to purchase. The growth in the role of the private sector began in the boom years and accelerated during the recession.

Section 21 of the Housing (Miscellaneous Provisions) Act 2009 requires each LA to prepare a summary of the social housing assessments carried out in its administrative area annually.  Key findings from the Summary of Social Housing Assessments 2019 indicated that 68,693 households were assessed as qualified for housing support up to June of that year.

Legislation introduced in 2009 recognised that households needing social housing could have their needs met by LA or AHB provided social housing, or by private rent subsidies or privately leased dwellings.

For most of the period since social housing was first built in Ireland in the late 19th Century, LAs have been its main providers.  With 365,350 council houses and flats, the LAs have made a major contribution to providing affordable and secure accommodation for low-income households. The various housing policy statements published since the 1980s highlight several reasons for the declining role of LAs, among these, the affordability of Exchequer funding, differential rent and the effective management of the properties and tenants.

Initially, AHB spending was not categorised as public spending and their borrowing was not considered part of the national debt.   This has been cited as the reason why growth in this sector has been supported by government.  This status did change in March 2018 when the EU statistics agency, Eurostat, determined that AHBs should be reclassified as public bodies, in other words moved on-balance sheet.  There is no indication to date, however, that this has affected the expansion of the sector.

Today as an integral part of the housing system, the increase in state funding, and that there are more than 500 AHBs established in Ireland, it was only a matter of time before regulation was introduced to the sector.

Important steps were taken in this regard with the establishment of the Voluntary Regulation Code for AHBs in July 2013 and then with funding eligibility largely guided by adherence to the Code, a total of 275 AHBs, representing 36,992 homes, signed up to the Code.

Transitioning from voluntary to statutory does mean significant change. The Housing (Regulation of Approved Housing Bodies) Act 2019 signed into law on December 23rd, 2019 allowed for the establishment of the Approved Housing Bodies Regulatory Authority to oversee the effective governance, financial management and performance of all AHBs.  Under the same legislation most housing association tenancies had to be registered with the Residential Tenancies Board (RTB).

The Residential Tenancies Act itself saw the introduction and enforcement of minimum accommodation standards that now apply across the mix of housing providers.  While the LAs are responsible for checking and enforcing the minimum accommodation standards all landlords, including AHBs, are responsible for ensuring their rented properties meet these standards.

In 2019, AHBs contributed around 40 per cent of new social housing across all delivery channels (new-build, acquisitions, and leasing).  Total new provision by AHBs increased from just over 1,300 homes in 2015 to over 4,000 homes in 2019 and the AHBs now have a total of 40,000 homes under management.

The reconfiguration of the housing landscape in Ireland has laid the foundations for major reform with LAs transforming into procurement agencies and regulators and AHBs taking a more active role in the supply of housing.

The mechanisms used to deliver affordable housing have become more varied in recent decades but given the increasing need for social and affordable housing, the AHBs’ contribution to the housing market remains vital whilst at the same time effective regulation and independent verification of accommodation standards should prevent any deterioration in housing stock.