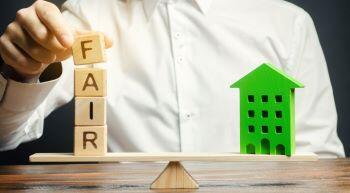 Rent regulations take many forms, the most common of which are rules about how much landlords can increase rent or a cap on how much they can charge. In a time of a housing crisis, when rents are increasing rapidly, the inclination is to protect renters using rent stabilisation measures and impose restrictions on the capabilities of landlords to achieve open market rents.

While policy interference in the rental market may appear to protect tenants in the short term, over the longer term a ceiling on rents can reduce the quantity and quality of housing available as the opportunity for higher returns on investment are curtailed and landlords become disincentivised from improving or maintaining properties in good order. Policy measures to control rents can, some say, do more harm than good.

Governmental attempts to control rents is a contentious issue in many jurisdictions. Most recently in Germany the courts ruled against a state law in Berlin restricting rent increases and ruled in favour of private landlords who argued the law interfered too much in the private market. In New York, rent controls are considered to suppress supply and as and encouragement to set higher rents at the outset to ensure the desired rate of return over the lifetime of a tenancy can be achieved with the controls in place.

Historically rent control in Ireland, as in other European countries, has its roots in the legislation enacted following the end of the second world war. The legislation that limited rent increases, to protect tenants, was extended by various amendment acts until the Rent Restrictions Act 1960 brought most restrictions to an end. Any restrictions that did remain were terminated by the Supreme Court judgement in Blake v. The Attorney General [1982] I.R. 117 that determined rent restrictions constituted an “unjust attack on the property rights of certain landlords”

But history has a way of repeating itself and despite these rulings, rent control became a protagonist in the Irish Private Rented Sector (PRS) again under the Planning and Development (Housing) and Residential Tenancies Act 2016, with the introduction of the Rent Pressure Zones (RPZs). The measures aimed to “moderate the rate of rent increase” by imposing a 4% cap on permitted annual rent increases. Although these measures were described from the outset as ‘temporary’ and effective for a period of three years, their scope and longevity have since been extended to December 2021.

With the difficulties for the Residential Tenancies Board (RTB) to adequately monitor and assess all PRS market activity, there is clear disagreement as to whether the RPZ measures have been successful in achieving the desired outcome.

With opportunities to circumvent the 4% cap either by valid exemption or deliberate non-compliance, it is reported that over 40% of tenants have been subject to annual rent increases of more than the 4% cap since the rules came into effect. Recent reports suggest that several of the large-scale landlords “distort” the market by restricting supply, foregoing new letting opportunities in the short term or by offering ‘rent-free’ periods on commencement of a new lease to reduce the pro-rata annual rent paid while keeping the higher headline rent intact.

When rent restrictions prevent the achievement of true market rates, landlords can be reluctant to make adequate investment for repairs or maintenance of a property. When controls begin to negatively impact the standard and quality of rented properties available and discourage tenants from speaking out about those shortcomings, the system designed to protect has become contradictory and capricious.

Despite the lack of evidence that rent controls have ever worked wherever they have been tried, a system of accountability must be maintained for all landlords to, at a minimum, provide accommodation that meets the Housing (Standards for Rented Houses) Regulations 2019, regardless of rent paid.

With its PRS regulatory expertise and many years of working with local authorities inspecting rented dwellings to ensure compliance with prescribed standards, Inspex is well positioned to continue delivering this aspect of the PRS regulatory programme.