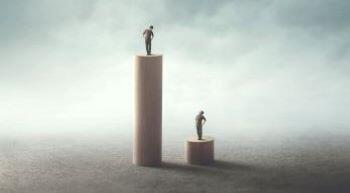 This emergency period has presented significant challenges that few could have imagined and its full impact on the rental sector has yet to be realised. That said, it’s time for something completely different….

A strong and balanced private rented sector (PRS) is a key component in any healthy housing market. The successful provision of rented housing is considered of such importance it formed one of the five pillars of Rebuilding Ireland published in July 2016.

Historically the PRS in Ireland was a residual sector seen as a temporary arrangement on the way to owning a home or accessing social housing. The sector was virtually unregulated until the introduction of the Residential Tenancies Act 2004 that set out the rights and obligations of landlords and tenants and detailed rules around residential tenancies.

Buy-To-Let (BTL), where a property is specifically purchased to rent to tenants rather than lived in by the purchaser, used to be all the rage. Historically, most of the investment in the Irish rental sector came from these small-scale investors where a poorly regulated sector, with little or no limit on rental growth, made for an attractive investment and required little investor knowledge. Most were diligent landlords, but some were rogue.

To confront the problem of distressed assets in a post-2008-crash context, the system was encouraged to sell off assets and large portfolios to financial institutions, private equity firms, hedge funds, real estate investment trusts (REIT) and vulture funds. Property tax incentives introduced by the Government during the economic downturn, has been the target of criticism. Supporters believe these policies encouraged capital back into the Irish market at a time when it was much needed and bolstered the subsequent growth in FDI and our economic recovery.

While private institutional capital (investment funds and REITs) have been major purchasers of residential units in the Irish market, public capital in the form of Part V acquisitions, AHBs and local authorities are also significant buyers of residential property.

While turnover in the BTR sector more than doubled last year to €2.54 billion, many believe the Government’s encouragement of institutional investment away from the BTL sector and into the BTR sector has been costly for generation rent.

With increasing insurance, maintenance, management costs and less tax relief to be claimed, BTL investors are struggling to compete with BTR institutional investors. The tax and regulatory frameworks of the residential rental market are two of the disincentivising factors for smaller landlords, while institutional investors enjoy the benefits of organisational structure, economies of scale and stronger equity.

Even though investment funds have had the capacity to pay the high construction costs of apartment blocks in urban areas while satisfying the Government’s requirement to deliver scale in a demanding housing market, others believe some of the larger landlords are of now of sufficient scale to influence government policy as well as possessing rent setting powers in certain locations.

According to the RTB, some 40,000 smaller landlords have left the sector since 2012, while the sector has become increasingly attractive to large scale investors and corporate residential landlords. The market has expanded to include 340,000 tenants, 714,000 occupants and 174,000 landlords. But as it has expanded it has also become more expensive with rents rising by 40 per cent between 2007 and 2019, almost double the EU average.

The provision of rental housing is of such importance that an over-reliance on a limited number of third parties is a risk we shouldn’t take and one that can only be mitigated by ensuring we have a balanced mix of PRS housing providers.