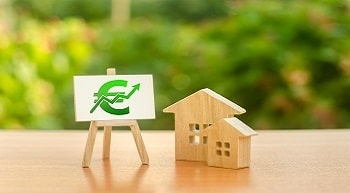 Housing affordability is a controversial topic globally because people on average wages are priced out of the housing market, particularly as salary increases have failed to match hikes in rental and housing. Feeling squeezed by increasing rents and house prices, voters threaten to make their frustrations felt at ballot boxes and politicians respond with policies aimed at controlling rental and price increases.

Changes in population and household formation have significant implications for housing demand.  With the population in Ireland projected to increase by 1,953,300 by 2051, 53.8% of the increase due to net inward migration and 46.2% due to natural increase, real housing demand in Ireland is now estimated to range between 32,000 and 50,000 units per year.  Delivering sufficient housing to create an affordable choice for renters and owner purchasers is an immense challenge and one that is not likely to be solved in the short or medium term.

In Ireland a decade of under-investment following the property crash in 2008, has led to a significant decrease in the housing stock per capita.  As a result of persistent housing shortages, house prices have grown faster than household income and home affordability has worsened.

The standard method to measure affordability is to define a threshold value that housing cost should not exceed as a proportion of household income. In the United States, affordability is considered a problem if housing expenditures exceed 30% of income. By comparison Eurostat sees households spending more than 40% on housing as overburdened. Tenant organisations are increasingly targeting 25% as a threshold. Given the competing definitions, the widely accepted metric for affordability is above a level of 30% of gross income is ‘unaffordable’.  Nationally, an average home is listed as being €303,000; €412,000 in Dublin and €254,000 outside of Dublin.  This means that people on average wages (€40,000 gross per annum) are priced out.

While incomes have grown recently, rents have grown much faster, putting increasing pressure on the ability to save.  High rental costs, extends the time needed by a potential first-time buyer to accumulate down payments via savings. The number of years needed for a first-time buyer to save the required down-payment to purchase an average house in Dublin increased by between one and two years between mid-2014 and mid-2016, and by between three and six months in the rest of the country. The cost of paying rent while saving to accumulate a down payment postpones homeownership. While the age that marked the changeover between renting and home ownership was broadly stable between 1991 and 2006 (27 years on average), it increased from 28 years in 2006 to 35 years in 2016.

Home affordability has worsened for both tenants and homebuyers in Ireland since 2013, especially for low-income tenants and homebuyers living in and around Dublin. Property and rental prices have increased faster than household disposable income while the relative cost of housing is higher for tenants than for owners.

The traditional developer and buy-to-let landlord in the private rented sector are being replaced by institutional investors.  While institutional investors enjoy the benefits of organisational structure, economies of scale and stronger equity, greater compliance and regulatory costs, rent control and the current tax regime continue to drive smaller investors from the housing market.

The high cost of building apartments in Dublin is more than owner-occupiers or first-time buyers can afford.  In the first six months of 2021, investors funded the supply of 2,949 new homes for the rental market. Even though investment funds have had the capacity to pay the high construction costs of apartment blocks in urban areas while satisfying the Government’s requirement to deliver scale in a demanding housing market, others believe some of the larger landlords are of now of sufficient scale to possess rent setting powers in certain locations.

For housing to be more affordable, supply must increase.  Encouraging construction activity is vital but simply building more houses is not the solution. The balance between owner occupied and build-to-rent developments needs to be effectively managed to deliver affordable rents which frees up the money to save for a deposit.

The ‘Housing for All’ plan includes the aim of building 90,000 social houses, 36,000 affordable homes, around 18,000 cost rental homes, and 164,000 private ownership and private rental homes by 2030. It is reported the project has more than €20 billion in funding through the Exchequer, the Land Development Agency (LDA) and the Housing Finance Agency over the next five years.

Housing affordability is a controversial topic because people on average wages are priced out of the housing market, particularly as salary increases have failed to match hikes in rental and housing. Constructing new affordable homes and increasing housing stock is not something that takes a short amount of time. If affordability continues to be an issue in Ireland more people may demand government steps in between developers, landlords and renters.  Such interventions can be costly and may not be in the interest of everyone.