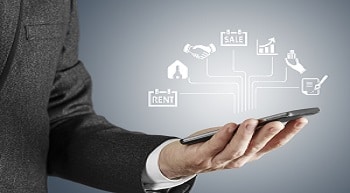 The Irish residential housing market is currently characterised by demand far outstripping supply while the demand on the part of international capital for real estate assets is currently unsatiable. Does this appetite really push house prices up and squeeze out owner-occupiers?

Over time, Government policies changed from being housing providers to being ‘facilitators.’  These policies have left governments somewhat accountable to investors, worsened housing affordability, accelerated a decrease in homeownership and a simultaneous increase in private renting.

The financialisation of housing refers to the transformation of housing and real estate markets by corporate finance; hedge funds, private equity, banks, insurance and pension funds, and other financial intermediaries with massive amounts of capital to invest.

Global real estate is a more valuable asset class than all stocks, shares and securitised debt combined – which, together amount to just US$170 trillion. The value of all the gold ever mined throughout history pales into even greater insignificance at a mere US$6.5 trillion.

The dominance of financial markets in the housing sector means that houses are algorithmically assessed, bought and sold in bulk landing straight in the portfolios of institutional investors and large-scale landlords while often bypassing the potential homeowner.

The combination of natural increase and positive net migration suggests the population of Ireland is to increase to 6 million by 2050. If the housing stock is to reflect the country’s demographics, close to 50,000 homes need to be built each year until 2050. Simply put, investment funds are needed to meet the country’s housing need and to reduce the burden on the State to deliver this housing.

The arrival of foreign capital in Ireland bypassed domestic banks and established a direct link between foreign capital and the Irish property market. Based on recent investment funding patterns, Ireland needs significant foreign investment to meet its housing need - an extra €75bn each decade, of which €70bn is likely to come from international sources.

Both international and Irish-based studies confirm that Ireland is one of the most expensive places in the world in which to build. The Society of Chartered Surveyors Ireland (SCSI) puts the cost of delivering apartments in Dublin at between €493,000 and €619,000 so the price metrics to sell these units to owner-occupiers just don’t work. Over the past decade, most of the bigger schemes in Dublin have been built on a forward purchase or a pre-let agreement, while the construction players engaged in largescale housing put significant demand on labour and material resources.  This leaves little for the small to medium sized builders to work with to deliver product for the owner-occupiers. All of this creates the perception that owner-occupiers are being squeezed out of the market.

For critics, institutional landlords are the vultures who prey on the wreckage of a monetary crisis and separate house prices and rents from local incomes. On the other hand, some argue, all supply is good supply particularly given the acute housing shortage and the need for investment in both the sale and rental market.

The private rental sector (PRS) in Ireland has trebled in size since 2000 – partly because of declines in social housing provision and also because it has become more difficult to become an owner-occupier.  Until the arrival of international capital, Irelands' PRS had been served by a large number of small landlords. The Rental Tenancies Board (RTB) says that around 86 per cent of landlords own one or two properties and supply just over half the total market. But recent RTB figures show the profile of landlords is changing with 26% of small landlords with 1-2 tenancies intending to sell a property within the next five years. Large landlords (with 100+ tenancies) plan to continue to invest and expand their portfolios.

Institutional PRS investment is driven by long term demographic and housing policy trends, resulting in structural affordability problems in homeownership markets and the absence of social housing. In the context of declining home ownership, a declining number of private landlords and significant funding invested in the PRS across a number of public housing schemes, our local authorities have a critical duty to ensure rented accommodation, in their administrative areas, follow the regulatory standards