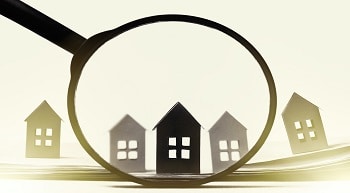 Despite successive governments’ efforts to curb rising homelessness, affordability issues and housing inequity with multiple funding streams there is seemingly no quick fix. The urgency to build quickly with little regard for the future has meant that construction issues and building defects persist.  An estimated €1 billion is likely to be spent to deal with construction defects.  Any industry that regulates itself will be susceptible to conflicts of interest, inconsistent application of standards and inadequate oversight.

The intent of changes made to a building control system is to ensure stronger compliance with building standards and to provide consumers with a better means of assessing new construction. Without an effective and independent inspection system in place, there really is no mechanism to ensure that buildings comply with standards.

In June 2017 existing planning policy was changed to allow for a temporary system of “fast-track planning”, enabling applications for large-scale housing developments of 100+ units to by-pass local planning and go directly to  An Bord Pleanála (ABP). In March 2021 Government introduced changes to the planning framework to curtail the purchase of homes by institutional investors and ringfence a portion of all units for first-time buyers and for affordable purchase, in addition to the 10 per cent reserved for social housing under the Affordable Housing Bill.

Budget 2021 committed €5.69 billion in funding to the Department of Housing Local Government and Heritage (DHPLG). This included €3.3 billion to be spent on housing, 24% more than 2020 and the highest single investment in housing by government in any year to date. But increases in budget spending, Ireland’s liberal approach to planning policy, decades of cheap credit availability, a rising population and changing demographics are the recipe that has led to a series of most unfortunate events.

Updates and changes to regulations, including Construction Products Regulation 2013, Building Control (Amendment) Regulations 2014, Minimum Standards in Rented Houses Regulations and the CIRI register have come largely in response to widespread building defects, revealed through several cases associated with a lack of transparency, compliance with building practices and independent oversight

Priory Hall in Dublin is perhaps the best-known example of a scheme developed with no oversight of and adherence to standards. The 189-unit development was condemned, with residents being forced to vacate their homes by a court order in 2011 due to serious fire hazards and safety concerns. More recently the Crescent Building in Dublin 12 constructed in 2003 has been deemed a fire safety hazard with inadequate fire stopping throughout and requiring a new fire alarm system. Before 2014 amendments, compliance with building safety standards were so light touch that a Fire Safety Certificate for an apartment complex was issued by the Building Control Authority provided the works or building was constructed in accordance with the plans and specifications submitted.

Pyrite and mica are now synonymous with the poor application of regulations and standards of construction.  Multiple areas of North Dublin, as well as Meath, Kildare, Wicklow, and other areas in the east have been affected by pyritic heave.  In 2010 it was estimated that around 20,000 claims were made to HomeBond in relation to pyrite. Despite the HomeBond scheme (underwritten by Allianz) having a latent defects element to the policy, HomeBond did not accept liability.  With mounting pressure on the Government at the time, the Pyrite Remediation Scheme was set up to remediate dwellings significantly damaged caused by the swelling of hardcore under ground floor slabs.  Several thousand properties in the northwest, including Mayo and Donegal, are now presenting with serious structural defects having been constructed with concrete containing around 17% mica mineral content causing the buildings to crumble.  With so many properties affected the Government was forced to establish the Defective Concrete Blocks Grant Scheme.

While the new building control regime brought in new roles and administrative procedures, it is still possible for real estate developers to employ their own certifiers directly. Creating a project-specific company and employing a registered professional directly is allowed under the new regulations.  Meanwhile a Local Planning Authority (LPA) is only required to validate statutory certificates. Clearly, there are limitations to the amendments and there are concerns in the residential sector that the self-certification regime remains entirely in the control of a developer.

Despite successive governments’ efforts to deal with the housing issue there is seemingly no quick fix. The urgency to build quickly with little regard for the future has meant that construction issues and building defects persist.  Property defects could be avoided if we have fit-for-purpose regulation combined with an independent inspection and verification regime.