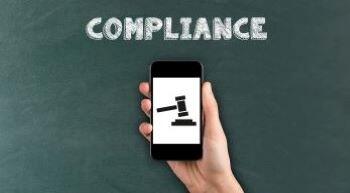 Although the right to housing in Ireland is neither constitutionally nor legislatively protected, we are, under the United Nations Sustainable Development Goals committed to ensuring access to adequate, safe and affordable housing for all by 2030.

Due to the imposition of austerity measures over a decade ago and government funding cuts for social and affordable housing development, delivery of the actual housing units has been slow while demand continues to grow.

The concept and definition of social housing in Ireland has broadened over the course of time. Social housing is now described as housing provided by a Local Authority (LA) or a housing association to people who cannot afford housing from their own resources and properties rented by either of these groups from private landlords. Some experts include the provision of government subsidies, such as the Housing Assistance Payment (HAP), to facilitate lower income earners in securing rental accommodation in the private sector.

The establishment and registration of Approved Housing Bodies (AHBs) was first introduced in statute under the Housing (Miscellaneous Provisions) Act 1992. It set out the general scheme of how AHBs could and might operate alongside LAs in Ireland for the provision of social and affordable housing to those who could not afford to rent in the private sector and for groups with specific needs, such as the elderly, disabled or homeless.

By 2013 the AHB sector began to formalise in a meaningful way with the introduction of the Voluntary Regulation Code (VRC) by the Department of Housing. In doing so, the Department acknowledged the scarcity of funding for LA-led social housing supply and the growing need for AHBs to fill the void in social housing provision.

The Act covers the areas of corporate governance, financial management and reporting, property and asset management and tenancy management with which all registered AHBs are now required to comply. The Approved Housing Body Regulator is required to submit for approval draft standards to the Minister for Housing within six months of the establishment of the Act to outline requirements in this regard, for example procedures to ensure control and oversight, requirements for financial and risk control and procedures for ensuring financial viability, and policies relating to the management of dwellings and communication with tenants.

With the significant public resources being invested in the AHB sector and organisational responsibilities growing exponentially, the idea of being too big to fail in the context of housing provision, cannot be contemplated. The challenge for AHBs to cater for housing needs and increasingly fill the LA void is a conferral of significant responsibility which must be carefully monitored and held to account.

These results demonstrate the importance of the LA proactive inspection programme and for the compliant and responsible landlords, large or small, to know that the non-compliant landlord, large or small, is detected through the system of regular inspection.

The role of independent inspection and verification of minimum standards in rented accommodation is as important as ever. The larger landlords, like any of the 520 registered AHBs in Ireland, focused on delivering housing at scale, should note that as stakes continue to rise so too do the systems to detect and uphold the necessary standards throughout the lifetime of each and every tenancy.