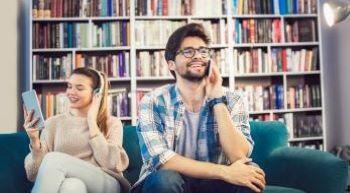 There are those who say that change is the only certainty in life. Reflecting on the array of housing policies that have come and gone or which have been remastered or redefined, it seems to ring true. But creating and maintaining a set of clear rules reduces ambiguity, eliminates confusion and establishes conformity.

Soaring demand for housing and lacklustre supply of housing following the 2008 financial crash continue to prevail. For over a decade since, powerful lobby groups continue to push agendas for desired modifications in certain sectors of the housing market while successive governments and ministers have grappled with how best to cater to them.

To ease cost and supply pressures in the private rented sector (PRS), by effectively removing one cohort of renters, students, the National Student Accommodation Strategy was launched by government in July 2017.

By 2018 the Irish economy had, in effect, begun to recover from the preceding decade of financial ruin and in the wake of the launch of its 2016 ‘Rebuilding Ireland’ strategy, the government released the new Design Standards for new apartment construction (2018). These standards were to provide guidance to a growing build-to-rent sector and, for the first time referenced shared accommodation, co-living, and communal living which were regarded as “new and exciting ways to meet the housing needs”.

Within twelve months the Residential Tenancies (Amendment) Act 2019 brought Student Specific Accommodation (SSA) under the remit of the RTB, a move that affirmed student accommodation as a viable investment sector and a valid means of increasing supply.

Co-living is a new concept in Ireland, heralded by some as a legitimate means to ending the dearth of supply, and quickly. By others it is regarded as a political quick fix which can on the face of things provide relief but one which is likely to bring new problems and, in the end, substandard dwellings.

The 2018 design guidelines were among the first in Europe to specifically set out planning and design parameters for co-living accommodation. For supporters of the co-living concept, it was a short-lived progression, as the Minister for Housing announced at the end of 2020 a de-facto ban on co-living developments in Ireland, save for those already approved for planning or under construction. This decision breached the commitment set out two years earlier in the 2018 guidelines acknowledging a “need for stability in policy”.

No doubt, co-living has the potential to form a legitimate part of the PRS, but it should not be mistaken for an all-encompassing speedy solution to a lack of housing supply. To some this type of development is a welcome step towards a more diverse and plentiful market. To others it is regarded as an opportunity for investors to reap higher investment returns by over-developing schemes using lower design requirements such as space, light, aspect, etc.

In large cities where rents are high and there is the need for ease of social integration, co-living as a sustainable segment of the PRS seems achievable when schemes are developed to a high standard, fulfilling the requirements of those who ultimately choose to reside there. London schemes such as The Collective and New York based Common demonstrate how these quasi-shared living arrangements can operate in practice offering residents a particular lifestyle choice through stylish private living spaces and shared-living experiences.

Until the amendment to the Residential Tenancies 2019 act, student accommodation was not subject to the rigours of the minimum standards, as were other segments of the PRS. This change put PBSA on the regulatory map and aimed to ensure that it, like traditional private rented dwellings, was safeguarded by the provisions of the Housing (Standards for Rented Houses) Regulations 2019.

The move to bring PBSA housing in line with minimum accommodation standards clearly demonstrates it is possible to mould outliers / newcomers to the housing market. The ongoing controversy with co-living development in Ireland would seem to be the legislative failure to bring such schemes in line with reasonable design guidelines and the minimum standards for rented accommodation.

Having a set of clear rules describing how things need to happen brings compliance and conformity. Standardisation reduces ambiguity and eliminates confusion.